If you already have a large list of email addresses compiled, completing an import is a much more efficient option compared to entering them in one by one. Not only is this faster, but it also makes designating which lists, statuses and other options get applied to the imported subscribers easier.

Click on the “Subscribers” tab and select the green “Import Subscribers” button to be directed to the import screen: 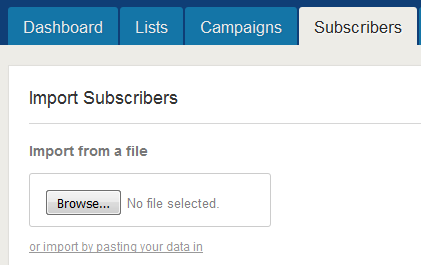 Depending on your list size, there are three different options available. If you have 100 or fewer addresses, Copy/Paste is a fast way to get them all loaded quickly. Larger lists should be imported via a .csv or .txt file. Or, FlutterMail has the capability to import existing lists from external services:

Each external source also has special login instructions in order to properly connect FlutterMail to your external account.

“Advanced Importing Options” allows for further customization of the addresses you are bringing into FlutterMail. 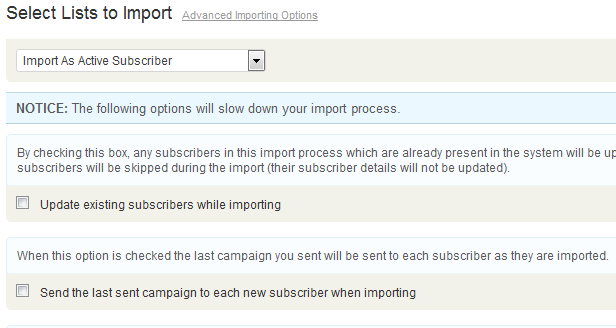 Each selection from the drop down menu serves a different purpose: And checking any of the boxes below will also customize your list further: The final step involves matching the information from your outsourced list to the correct field within FlutterMail. 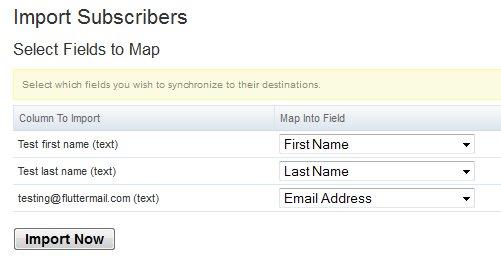 If you don’t see an option in the drop down menu you’re looking for, you can also create your own “Custom Subscriber Field.” It’s also possible to omit sections once your list has been imported - simply select “Do Not Import This Field.”

Did this answer your question? Thanks for the feedback There was a problem submitting your feedback. Please try again later.